Artist and attorney Victor Hardy, famed for pieces such as ‘Golgotha,’ revisits his love of Warhammer 40,000 and the miniature painting hobby.

An attorney from Austin, Texas, in his spare time, Victor Hardy has long enjoyed miniature painting, largely centered around the wargame Warhammer 40,000. A multi-award-winning artist in the miniature painting field, Hardy provides a closer look at the hobby, today enjoyed by millions of enthusiasts around the world.

During the last decade or more, Victor Hardy has achieved legendary status among followers and fans of Warhammer 40,000 and the miniature painting hobby, winning multiple so-called ‘Golden Demon’ awards in the process. He’s also attracted significant interest from other prominent figures within the hobby, including Bobby Wong, author of Miniature-Art.

“Victor Hardy’s BloodThirster Champion marks an impressive centerpiece for his Khornate Army,” suggests Wong of one of Hardy’s more well-known pieces. “Victor’s miniature is outstanding because of his originality in painting, conversion, and presentation,” he continues, “and, unlike other painters, his interpretation of the red-skinned BloodThirster takes on a new twist.”

This twist, according to Wong, involves the gruesome appearance of flayed skin, a lengthened torso, reposed head, and an evocative display base. “As a result,” adds Victor, “my BloodThirster Champion took first place for ‘Best Warhammer Monster’ earning a coveted Slayer Sword award in the process some years ago now.”

Elsewhere, perhaps Hardy’s most famous work, Golgotha, remains a popular piece of miniature painting on CoolMiniOrNot, the internet’s largest gallery of painted miniatures. First uploaded more than a decade ago, Hardy’s Golgotha continues to hold the title of a highest-ranked miniature of all time on the website, home to user-submitted images of their painted models for community voting. The piece took over two years to paint, with Hardy spending more than 500 hours on the project in total.

Asked how it all started, Texas native artist and attorney Victor Hardy refers back to what he calls ‘the old days.’

“It started in the old days,” he explains, “around 1991 when I attended a convention called Texas Con and saw people playing Warhammer 40,000 for the first time.”

Victor and his friends decided to purchase the game, and the group soon began playing on their university dorm room floor. “The rest, as they say,” Hardy adds, wrapping up, “is history.” Miniature painter Victor Hardy discusses close to 30 years in the hobby including numerous award wins and his most famous piece, known to fans as Golgotha. 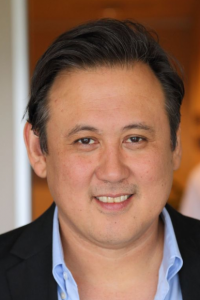 Award-winning miniature painter Victor Hardy has achieved legendary status among followers and fans of the hobby during the last decade or more. From multiple Golden Demon award wins to return to the hobby after a brief hiatus, Hardy, from Austin, Texas, offers a detailed insight into his passion for miniature painting.

“It started in ‘the old days,’ as they say,” Hardy reveals, “around 1991 when I attended a convention called Texas Con and saw people playing Warhammer 40,000 for the first time.”

Victor’s friends decided to purchase the game and the group began playing on their university dorm room floor. “The rest, as the saying goes,” Hardy explains, “is history.”

Today more heavily focused on painting both display and gaming models, he now only plays around six games each year. “Not much,” he suggests, “but I do enjoy a good game; it’s just hard to find the free time.”

Hardy chooses not to differentiate between display pieces and gaming models. “I play my display pieces,” “However,” he continues, “I really only paint figures intended to be of display or competition quality.”

Victor Hardy had only been involved in the hobby for six years when he won his first ‘Golden Demon,’ “The first time I went to a Golden Demon event I won the gold in the Warhammer 40,000 single miniature category,” he explains.

As he recalls, it was his first miniature of distinct quality and took around two weeks to complete. “It was this unexpected win,” says Austin-based Hardy, “which drew me into being a serious competitor.”

Asked about his favorite piece to date, Victor Hardy says there’s no question about what that model might be. “Golgotha,” he reveals, enthusiastically, “no doubt about it.”

This piece remains Texas native Hardy’s defining work and took over two years to paint, with the talented artist spending more than 500 hours on the project. He has since gone on to win a total of eight highly prized Golden Demon awards, plus two further much-coveted Slayer Sword awards.

After a short hiatus from the hobby, Victor’s latest piece is titled Magog. “I’ve completed the body and only need to finish the banner work,” the miniature painting legend explains.

“Now,” he adds, wrapping up, “I just need to find the time in order to complete it!”